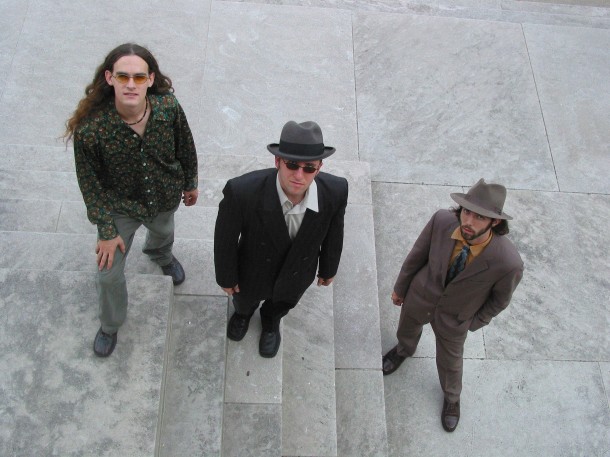 EN2 made their debut performance at Phish’s, Summer 2003 Verizon Wireless Music Center shows. Working the overnight shift for over 6,000 campers, the response was immediate and strong. The trio quickly secured their position as house band at The Red Room in Indianapolis (2003-04), where they built their audience and honed their sound before touring throughout the midwest, southeast, and east coast (2004-2006).

The group took a hiatus from 2006 until 2009, and is now back with the original lineup. EN2 consists of Robert Coates (8 string guitar), Joel Crabtree (Keyboards), and Vincent Jackson (drums). These musicians draw upon an array of styles and influences to create their own cutting-edge sound. By fusing elements of trance, funk, rock, and reggae with the improvisatory backbone of jazz, EN2 consistently reinvents the groove.

Like a Phoenix rising from the ashes,  New World Logic was founded in 2013 by Robert Coates, guitarist  and creator of the fusion-jazz trio EN2. Based in the midwest, NWL blends dance-oriented rhythms, popular music forms with funk and jazz sensibilities, provides a colorful array of sounds and relentless grooves, all with improvisation as the catalyst. Coates’ guitar playing has been heard in a range of venues and festivals from CA to NY, since he began performing in the 1990’s. NWL features the highly evolved 8 string guitar, which delivers both bass and guitar seamlessly. Together with multi-instrumentalist and musical chameleon Brad Fritcher on trumpet, this powerhouse group blurs the lines of conventional musical genres and evolves into a living organism.