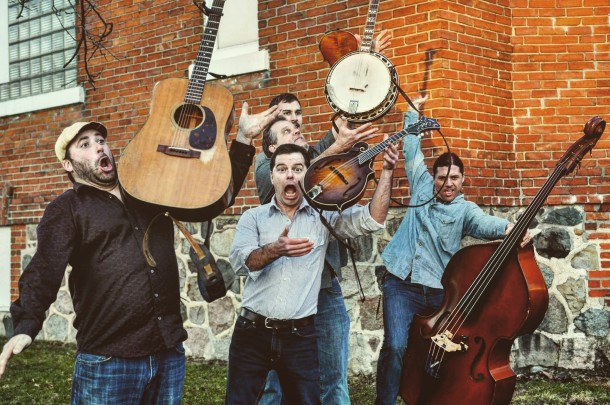 Based in West-Michigan, The Journeymen is a 5 piece bluegrass band that plays traditional and original music.  The virtuosic playing speaks volumes in the bluegrass community and their sound and energy is like none other. On guitar, Luke Gitchel has won guitar and mandolin competitions, played with the Dixie Stampede in DollyWood, is the front man of his country band Luke Warm and the Not So Hots and owns a music store in Howard City, MI.  On mandolin, Brian Oberlin (www.mandoberlin.com) plays as a soloist and teaches internationally, has two mandolin camps (The River of the West Mandolin Camp and the Great Lakes Mandolin Camp) and has played with many luminaries from Vassar Clements to Ramblin’ Jack Elliot.  On banjo, Wes Pettinger is inspired by the great banjo players but has a hard-driving sound all his own.  He has played with High Tymes, Jeff Autry and Edgar Loudermilk.  On fiddle is the young Isaac Smith, a hot shot fiddler and a graduate of the East Tennessee State Bluegrass program in 2016 and plays fiddle all around the country.  On bass, Seth Sutton is an Emmy nominated filmmaker and photographer and the digital arts director at Montcalm Community College.

The band prefers to perform as a 5 piece but has been seen here and there as a 4 piece, a 3 piece, and even a duo with Luke and Brian.