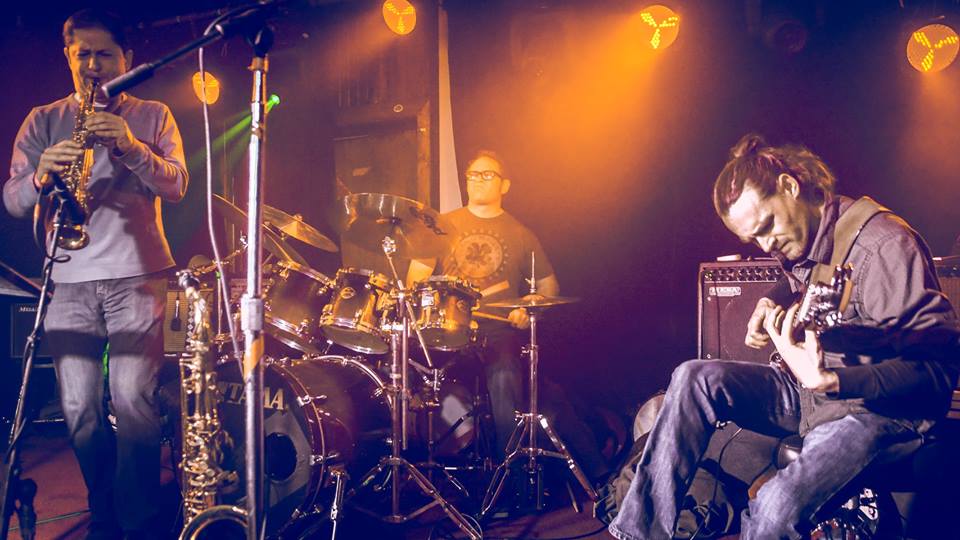 New World Logic was founded in 2013 by guitarist Robert Coates, formerly of the fusion-jazz trio EN2 (2003-2006). Based in the midwest, NWL blends dance-oriented rhythms, popular music forms with funk and jazz sensibilities, provides a colorful array of sounds and relentless grooves, all with improvisation as the catalyst. Coates’ guitar playing has been heard in a range of venues and festivals from CA to NY, since he began performing in the 1990’s. NWL features the highly evolved 8 string guitar, which delivers both bass and guitar seamlessly. This powerhouse group blurs the lines of conventional musical genres and evolves into a living organism. 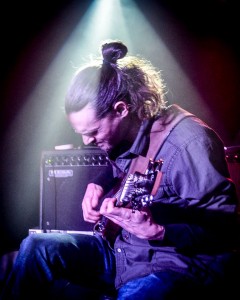 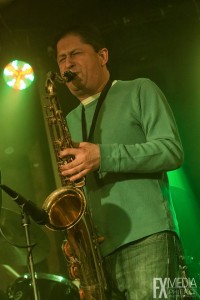 Tony Salas was born in Indianapolis, Indiana, and started playing the saxophone at 12 years old. By age 16, he began playing professionally with various groups from Corpus Christi, Texas. He was awarded several music scholarships at Indiana State University and studied classical saxophone from Dr. Paul Bro.

Tony is an up-and-coming Indianapolis saxophonist that incorporates various musical styles in his playing with emphasis on merging sounds of contemporary classical music, jazz, and avant-garde music. He uses these influences to create adventurous, unfiltered solos that are reminiscent of John Coltrane, Ken Vandermark, and John Zorn. 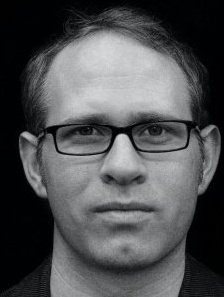 Dan fell in love with music early and began playing drums while in junior high. A graduate of Butler’s Jordan School of Music, Dan has performed in Indiana’s top venues, including Hilbert Circle, the Murat, Clowes Hall and The Jazz Kitchen. After working as a drummer in several Carnival Cruise Lines’ showbands, Dan is now back on land and touring with New World Logic.