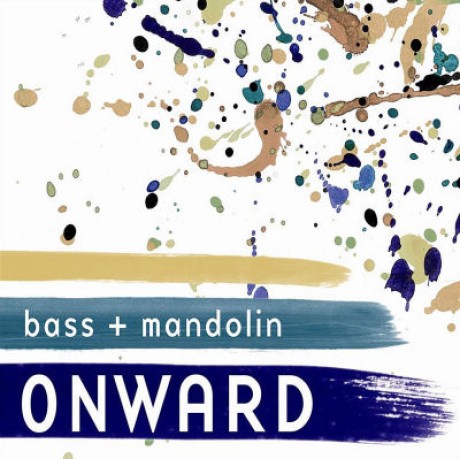 bass+mandolin, is Brian on mandolin and Josh Feinberg on upright bass. In 2010, the duo joined forces and began to compose music which is steeped in bluegrass, swing, and folk, and also pushes forward incorporating influences from North Indian, Italian, Irish and classical music. Learn more at www.bassmandolin.com.

“If all the tunes featuring Thile, Meyer and Kowert crash landed into a music conservatory and the people inside were given the task of rebuilding each one and reverse-engineering them when needed-to figure out exactly how and why each one worked– this might be what it would sound like. The technical skill of these guys is phenomenal and the tunes are very much worthwhile listening to. But they fall into the trap that so many musicians & artists fall into: being so influenced by the styles of other artists and knowing them so well that the style begins to absorb the artist rather than the artist absorbing the style–and, ideally, moving forward and finding his/her own voice. This album could almost pass as outtakes from the Thile/Meyer recording or, say, an incredibly polished bootleg of a Thile/Kowert session (Yes! These guys are THAT good!). The arrangements and stylistic choices made are very much what you would expect from T-M-K; and that’s the problem. When faced with this dilemna, other musicians have taken paths purposefully away from their heroes and charted fresh alternative directions (e.g. Grisman, Jethro Burns and Wakefield embracing and then taking several steps away from Monroe) and, in the end, founded innovative & unique approaches that were authentic and entirely their own. It will be fascinating to see what bass+mandolin does next.” – anonymous