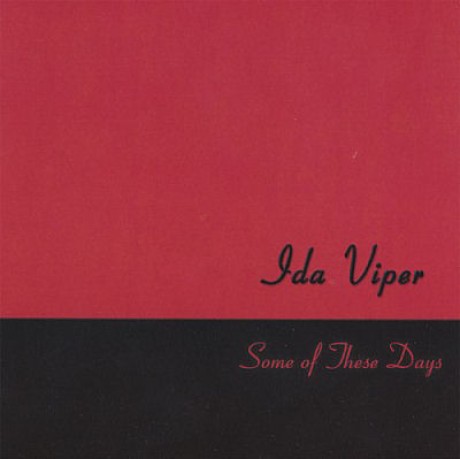 Some of These Days

Ida Viper is Brian’s first band on the West Coast, and they began touring the nation in 2006 and did so until 2010. Learn more at www.idaviper.com.

“Playing Time – 57:06 — It’s an interesting and somewhat beguiling concept — two hot pickers (Brian Oberlin, Mark Petteys) playing duets or trios with guitar, mandolin, banjo, or tenor banjo. We’ve grown accustomed to the strong sound of guitar and mandolin, but how often do you hear twanging arrangements on a bluegrass tune like “Dear Old Dixie” featuring just banjo and mandolin? In the hands of Ida Viper, the approach is sturdy, self-assured, and pretty cool! I fall back on preferring those pieces with added instrumentation such as “Please Don’t Talk About Me When I’m Gone” with guitar, mandolin and tenor banjo. From Jethro Burns, “Dirty Old Mando” was arranged with guitar, banjo and mandolin. Ida Viper’s rendition of “Lazy River” almost becomes blasphemous when Mark enters with his banjo rolls playing triplets for a minute or so. Maybe they should’ve called it “Crazy” River. Even without a strong rhythm section in some arrangements, there’s no denying the excitement these boys can create. One can’t help but wonder how formidable an entire band would be with Oberlin and Petteys as the foundation. At the Siskiyou Bluegrass Festival, I met Ida Viper’s latest addition – bassist Rusty Baker. He’s just eccentric enough to fit right into their mix. Playing banjo since age eight, Mark Petteys won the Northwest Regional Banjo Championship in 1984. He’s played festivals with Tex Williams, Grandpa Jones, Tiny Moore, Mark O’Connor and Country Gazette. Some of Mark’s previous albums include Country Blue, Double Barrel Bluegrass, and Weiser Bluegrass (1975-1978). From Michigan, Brian Oberlin started on sax before moving to guitar and mandolin. His previous bands include Northern Accent and Grashoppah. He was a 2003 finalist at the national mandolin championships in Winfield, Ks. Ida Viper formed in 2005, and they play bookstores, restaurants, pubs, parties, and festivals. As the guys dip into a treasure trove of old-time, bluegrass, western swing, jazz and broadway chestnuts, we’re treated to splashes of instrumental brilliance. Although a little loose, their singing is delivered with considerable enthusiasm and downright boyish exuberance. Mark Petteys sings lead on five cuts, and Brian sings lead on seven. This earnest effort, instrumental prowess notwithstanding, would make the duo (now a trio) a favorite at parties and gatherings where the crowd needs some infectious toe-tapping spunky rowdiness. How can happy, lively numbers like “Am I Blue?” and “Limehouse Blues” not put some spirit into your feet? (Joe Ross, staff writer, Bluegrass Now)”

“A lean musical approach that is sturdy, self-assured, & pretty Cool!”